The game team has indigenous developers.

In the midst of the Yanomami crisis, the debate about the pain of indigenous peoples received the national attention it deserved. In this challenging context, a new Brazilian game is emerging to amplify indigenous voices. among the starsfrom split studio. This Tuesday (24) the studio released a dramatic trailer that shows a little bit of the struggle of indigenous communities against illegal encroachment on their territories.

The video is dedicated to the tragic history of the sisters. Tai and Ariseparated due to fires in the territories of indigenous peoples in Pantanal. In addition to showing the real problem in an intriguing piece of art, the trailer also features a preview of mystical elements that promise to make the title even more interesting. Verify:

Visuals and storytelling loosely inspired by peoples Cadiveu and Guarani Kiowa, under the supervision of local specialists who are part of the production team. In addition to slightly spreading the culture of these ethnic groups, the game also promises to denounce this serious problem of illegal incursions that kill so many native Brazilians every year. In the game, from the point of view of little Ahri, these enemies are presented as real fire demons.

In terms of gameplay, among the stars inspired by great international successes such as Ori and the Will of the Wispsto present a mystical platformer journey that will thrill the audience with a very honest story. Combat and puzzle-solving elements will also be present to provide a more complete experience.

Little Ahri has an enchanted spirit to resist the invaders.

To make this project work, the team is raising funds on Catarse, a popular Brazilian platform for crowdfunding. original purpose 150.000 BRL already achieved, allowing a glimpse into Ahri’s adventures. But in order to unleash the full potential of the story, with Tai’s parallel campaign, the team wants to reach the mark BRL 600,000 next month. 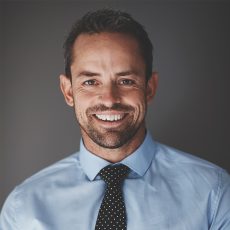